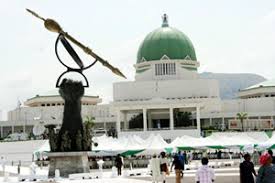 The Coalition Against Corrupt Leaders, CACOL has expressed dismay at the news report quoting the police placing the delay in prosecuting the case of alleged forgery of the senate rules by certain members of the National Assembly at the doorstep of the office of the AGF.
The Police, in a statement, attributed the delay in the prosecution of those indicted in their report on the investigation into the alleged forgery of the Senate Standing Rule 2015 to a civil suit by a group seeking an injunction to stop the matter in court.
The allegation which was brought to the fore was sequel to a petition by Senator Sulaiman Hunkuyi of the All Progressives Congress from Kaduna State, claiming a criminal act of forgery was committed by some yet-to-be named members of the upper chamber of the National Assembly in connivance with some management officers in the Senate rules; an act which allegedly facilitated the controversial emergence of certain principal officers of the Senate in the last elections on the floor of the House.
In the report; the police had claimed to have carried out its investigations thoroughly during which some senators as well as management officers were interrogated at different times after which it produced its report and accordingly forwarded same to the office of the AGF for further actions which include giving legal advice and recommendations on the matter.
But, according to the police, the office of the AGF, rather than do the needful, choose to embark on a delay process by returning the said report to the police, asking it to do further investigation on the case. Whilst the police insisted it has since returned the report to the AGF’s office, the latter denied ever receiving any such thing, and so the buck-passing game continues.

Reacting to the news, the Executive Chairman of CACOL, Debo Adeniran has wondered with dismay how a criminal case of such magnitude could be toyed with by those whose responsibility is to ensure prompt dispensation of justice at all times.
“CACOL believes that when an allegation of crime is made against a lawmaker or group of lawmakers, in any sane society, one would have expected that every process of investigation and possible prosecution be expedited with all the seriousness it deserves and without unnecessary delay whatsoever.

“For crying out loud, we are talking here about the senior representatives of the people entrusted with the noble task of making laws for us. So why all this blame game and buck-passing? Both the police and the AGF should sit up and do the needful. They should be told loud and clear that this is one case that cannot be swept under the carpet. Nigerians are eager to know the findings of the probe; they want to know the truth. Criminals can’t be made law-makers.

“For those who would precise over the making, unmaking and adjustments of the body of laws with which our lives will be administered, Nigerians cannot afford to tolerate them to be people of questionable character and until this present allegations are cleared, everybody that have been accused of the crime will be viewed by Nigerians as still of doubtful integrity”, Adeniran said.